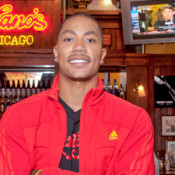 CHICAGO — Thousands of Chicago Bulls fans rushed to the United Center today to hear Derrick Rose’s press conference, at which Rose stunned fans when he proclaimed, “I’m taking my talents to Giordano’s.” Rose declared that he would not be participate in the 2013-2014 NBA season. Instead, he will devote his time to pizza modeling. Rose is famous for his Giordano’s marketing campaign, a product that has been largely responsible for Chicago’s rampant obesity problem. “I love playing basketball, and

VATICAN CITY — With Pope Benedict XVI resigning this week to focus on his rap career, the Vatican is scurrying to find a worthy replacement. However, due to the cost of the Church’s golden and elaborate hats, the Papacy’s finances are in trouble. As a result, the Vatican is pushing for more affirmative action to obtain grants from organizations advocating for racial equality worldwide. The first choice for Pope is a man from Ghana, Cardinal Peter Kodwo Appiah Turkson. When

WASHINGTON — After a recent fire was put out in the West Wing of the White House, investigators found Vice President Biden and Former President Clinton working on a meth lab to help alleviate the United States’ financial woes. The subsequent investigation and closure of the operation revealed unimagined details about the inner workings of the White House. Biden commented, “Listen, I talked to Bernanke, he kept saying a bunch of bullshit about interest rates and bubbles as if I 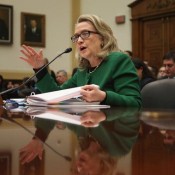 WASHINGTON — In yet another attempt to cover up their ill fate in the 2012 elections, Republicans demanded a hearing on the Benghazi attacks with Secretary of State Hillary Clinton. The first fifteen minutes of the hearing involved multiple people thanking Clinton for not getting bangs, saying, “it’s just too flirty for our taste.” The fifteen minutes after that included clarification on which video provoked the protests, with certain members claiming it was the music video to Justin Beiber’s “Beauty