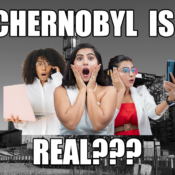 Op-Ed: Sometimes I Think About Chernobyl And I Just Freak Out

But seriously, even just writing about it, I am completely freaking out right now. 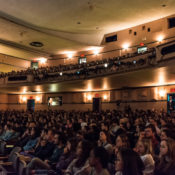 It became more and more apparent that everyone there was only there to sing, between quietly clapping at each other’s numerous renditions of “Shake It Off.”

CHICAGO—While watching the popular Fox show Glee, Abbey Ladder misinterpreted her boyfriend’s apparent disgust for the show. “I know it’s got a lot of singing in it, but it’s really not as gay as you say it is,” Abbey protested to Gary Bender, her boyfriend of one year. It was not the show that was bothering him, but one of the promotions for postseason baseball. “Not seeing the Cubs in the World Series always instills an unwavering anger in me.

May 6, 2010 Brian Lee Leave a comment
END_OF_DOCUMENT_TOKEN_TO_BE_REPLACED Headline, No. 34

EVANSTON—James Norton woke up in the hospital Sunday morning after new group N(e)Urythmic’s Saturday night performance with two full leg casts and a throbbing headache. Nick Simons, a fellow group member, charged him with a baseball bat while he was changing out of his sequined leotard. The motive was apparently related to the wild success of Glee, the new Fox television program. Simons said this morning that he just couldn’t stand the pressure of the Northwestern a cappella world. “Nothing