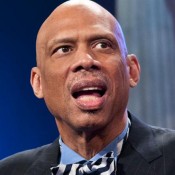 “We here at Unity and Peace (For All White, Straight, Christians [excluding Catholics]) Church believe that it is just unconstitutional to have a Muslim president,” Jones said. “Not to mention he’s not even an American Citizen!”

EVANSTON—In a breaking story just reported by Fox News and confirmed by Flipside investigative journalists, Northwestern University president-elect Morton O. Schapiro has been exposed as having attended an extremist Muslim Madrasah as a child. Schapiro attended the Conway, New Hampshire-based East Parkway Elementary Madrasah from 1958 to 1963. The Madrasah’s administrators could not be reached for comment. The blogging community, on the other hand, had much to say about this latest development. “[H]es a closet [epithet deleted]!” said SecndAmendmntRulz_218 of