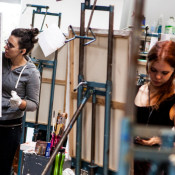 Reports indicate that Communications majors are passing art classes with ease. The Northwestern Flipside has obtained a copy of a typical art department class syllabus to investigate how on earth this could possibly occur. The syllabus has been reprinted verbatim below. Week 1: Discuss our favorite feelings, textures. Be prepared to explain the last time you cried. Homework: Spend 30 minutes exploring your heart, and then spend 30 minutes drawing mindlessly. Week 2: History of famous artists. You are allowed

EVANSTON – The future Rush Chair of Tappa Tappa Keg moved into Bobb this week and announced to his floor that he will be hosting the official “Rock the Beach” pregame of the dorm. Rock the Beach is a Wildcat Welcome Week event where new students get to hang out on Northwestern’s sandy shore and dance with people they barely know. They typically take many pictures to prove to their friends who have been in college for three weeks already

Prospie Turns Out to be Asshole, Admission Revoked

“He insisted on going to as many frat parties as he could, and even suggested starting a Racist Beer Olympics in my dorm,” said the prospie’s overnight host, John Altman.

Area Man “So Turned On” by Fantasy Baseball Team

INTERNET – Area man, Billy Smith, has the best fantasy baseball team, EVER. In fact, it is so great, that Smith reported getting an erection when the league draft ended. “My team is so awesome that I’ll be able to fantasize about it for years to come,” Smith told his girlfriend, Cynthia Walder, on Friday. The couple was enjoying March Madness, when it became clear that Smith was unable to concentrate. He kept going into his room during crucial moments 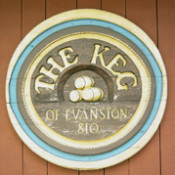 By Gloria Arugula Sitting down at the Keg of Evanston as some refreshing pop plays in the background, the first thing I notice is the ambiance. Quiet Northwestern students are studying at booths, enjoying some fresh Keg Popcorn. It’s a peaceful environment, but the dust collecting on the bar and poles is disconcerting. I order a hamburger and the server asks with a sigh if I’d like anything else to drink. Though the liquor license is gone, the Keg remains

May 16, 2011 Katie Prentiss Leave a comment
END_OF_DOCUMENT_TOKEN_TO_BE_REPLACED No. 59, Video 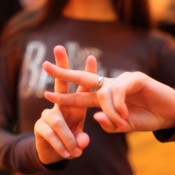 EVANSTON – In an attempt to have the snarkiest Twitter of all her sassy sisters, area sorority girl Kayla Kaplan has started hashtagging everything. “It started with just small things that were actually trends like #SGP and #royalwedding. But then I thought, wait, my life is just as trendy as these tags, so I’m going to turn my life into the trends,” Kaplan said. This Quad Delt’s recent tweets have included such masterpieces as: “Spring formal was so fun! #openbar