EVANSTON – The future Rush Chair of Tappa Tappa Keg moved into Bobb this week and announced to his floor that he will be hosting the official “Rock the Beach” pregame of the dorm. Rock the Beach is a Wildcat Welcome Week event where new students get to hang out on Northwestern’s sandy shore and dance with people they barely know. They typically take many pictures to prove to their friends who have been in college for three weeks already

EVANSTON – The cutthroat Northwestern academic environment has already proved too high-stress for several members of the Class of 2016, who were sent home during Wildcat Welcome Week after several ill-conceived rounds of icebreakers. Tommy McNamara of Joplin City, Missouri, suffered a mental breakdown when he was only able to come up with two truths and no lie. “It was too weird. I guess it can be hard to come up with something under the gun like that, but still,

ROCKFORD, IL – Julius Marder was deeply troubled Monday morning when he realized he didn’t know how to translate Northwestern’s motto, Quaecumque sunt vera. “I’ve taken AP Latin and placed into Latin 201-3 here,” said Marder, who will be moving onto campus Thursday with the rest of the Class of 2016. “But I don’t know what my new school’s motto means! It gave me a headache.” Marder first encountered Northwestern’s motto on a piece of promotional material mailed to him, 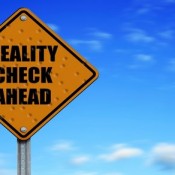 Great Job Building up College into an Unattainable Ideal!

Hey there! You remember me, right? I’m everyone’s favorite killjoy; the name’s Reality. … I can’t wait to chat with you about overbearing midterms, the disappointing social scene, and your crushing feelings of wasted potential. I’ll even try not to laugh.

Norris to Replace Departed Vendors with Three Subways and a Potbelly