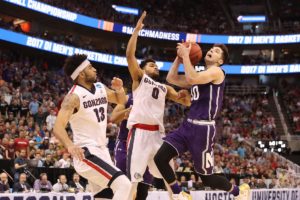 Morty Shapiro is known far and wide throughout the land for his intense devotion to Northwestern University in all its aspects. And like a father who is not angry but disappointed, he has decided to punish Northwestern students with a 3.6% tuition raise for each game our lackluster basketball team loses.

“While I’m upset at what seems to be a clear abuse of power and my increased tuition, I totally understand where he’s coming from. We deserve this,” solemnly commented Erica Katz (Bienen ‘21). Northwestern Students across campus seem to agree that while the punishment is harsh, it’s the only way to get the basketball team to stop losing.

And while the consensus is that the extreme tuition raises are a terrible idea, some academics disagree. “By placing the entire university’s financial future in the somewhat unwieldy, extremely long hands of our varsity basketball players, Morty is making a time-honored economic calculation” stated an anonymous economics professor. He then went on to say “Sometimes you’ve got to bet big to get big results. And if I, uh, I mean Morty, loses that bet, he’s fully willing to take on the consequences of delaying New Norris for another decade.”

Members of the basketball team (who are all on full scholarships) responded by looking around, shrugging, and losing the next three games by twenty points each.