Google to Replace “I’m Feeling Lucky” Button with “Fuck it, Take me to Wikipedia”

Google to Replace “I’m Feeling Lucky” Button with “Fuck it, Take me to Wikipedia” 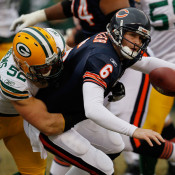 Jay Cutler Now an Aries, Doomed to Lose to Packers

CHICAGO – The Chicago Bears organization announced Tuesday that quarterback Jay Cutler would never again defeat the Green Bay Packers due to the realignment of the zodiac. According to head coach Lovie Smith, team psychic Mademoiselle Estrelanga Strelengelthop completed her analysis of what the stars have in store for the Bears Monday evening, when the alignment of Jupiter and Sirius was conducive to productive astrologizing. The results were not good for Bears fans. “Since we finally realized that the zodiac

The writers of The Flipside have planned to write an article commemorating the tenth anniversary of the creation of Wikipedia. However, due to approaching midterms and general laziness, we have decided to just copy and paste the Wikipedia entry on Wikipedia instead. Happy tenth, Wikipedia! Wikipedia ( /ˌwɪkɪˈpiːdi.ə/ or /ˌwɪkiˈpiːdi.ə/ WIK-i-PEE-dee-ə) is a free, web-based, collaborative, multilingual encyclopedia project supported by the non-profit Wikimedia Foundation. Its 17 million articles (over 3.5 million in English) have been written collaboratively by volunteers 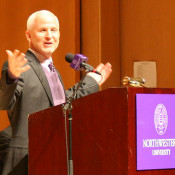 Northwestern Accepts all 30,000 Applicants, Awards No Aid to Increase Budget

EVANSTON – President Morton Schapiro announced Wednesday that the Admissions Office will not be printing out any rejection letters this year. Schapiro stated that the purpose of this decision was to “allow the benefits of Northwestern to reach as many students as possible.” His eyes then shiftily darted left-to-right several times, and numerous audience members swore that Schapiro said “Cha-ching!” Schapiro’s remarks were made in a joint press conference with University Director of Financial Aid, Carolyn Lindley. Lindley stated that 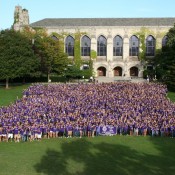 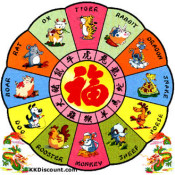 TOPEKA, KS – Tammi Daniels, Kansas native and breathing contradiction, purchased a Diet Rockstar energy drink on Thursday. Sources close to Ms. Daniels confirm the beverage’s branding suits her extreme life of excess to which no rules apply except for watching her figure. Daniels, an active Republican, further added a kiss of irony to her day by consuming the drink while discussing tax breaks for small businesses after having purchased it at Wal-Mart, a leader in crushing local family-owned enterprises.